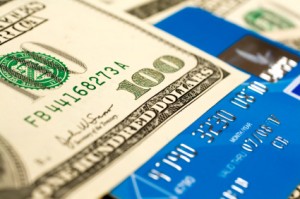 Credit card debt is a grueling reality for many. As gradates from college or grad school, or any young adult, looking to start a career and/or potential family, the weight of credit card debt can literally and figuratively carry is certainly a burden. Student loans alone have increased over 8% in the last year.

Many young adults are unaware of the dangers of credit cards, and how to appropriately use them to not accrue more debt on top of what may already be very present for them. The reality of debt among American households is only increasing; statistics show that in the last year there has been a 3.3% increase in credit card debt, creating 8.8 billion dollars in national debt, and average of $15,611 per household, just from credit cards.

As interest accrues the interest paid quickly exceeds the cost of the item that was initially charged. It is easy to think that paying it later is more appealing. However, this can often lead to thousands of dollars in extra, and unnecessary expenses.

What To Do With Credit Card Debt

How do we get out of this cycle? Well, some curriculums have suggested we teach financial literacy in high school, and require students to pass the course in order to graduate. The counter argument however, recognizes that teachers themselves may not be equipped to offer truthful information to their students. Is it ethical for a teacher that had $50,000 in debt to provide this education for students?

General advice outlines several basic do’s and don’ts in order to have a better handle on debt and begin to reduce owed debt the smart way.

1. Don’t pay just the minimum: this is often an easy trap to fall into as thirty-five dollars a month in comparison to the $500 that is due becomes far more appealing. As mentioned above, this can quickly add up. The unpaid difference does not go away. It only gains interest and will cost more in the future.

2. Watch what you are spending: Take a month to three months to look at your statements and see exactly where you are spending the money and see what is unnecessary spending. This will free up some money in order to begin to pay back what you owe. Think smarter spending!

4. Life is unexpected: It’s always a good idea to keep an emergency fund. As you emerge in to life transitions (moving, marriage, career change, beginning a family), having a cushion in case of serious sickness, home maintenance, car breakdowns, or family crisis, these may stack up and break the bank. The general rule of thumb is indicated to be three to six months rent and expenses saved for this type of emergency use.

Having a basic understanding of financial literacy is key to avoiding major monetary setbacks. Financial awareness begins and an early age in order to avoid later setbacks. Do not fear however, as despite having credit card debt, it is possible, with adherence to planning, to get back in the debt free world over time.

This site uses Akismet to reduce spam. Learn how your comment data is processed. 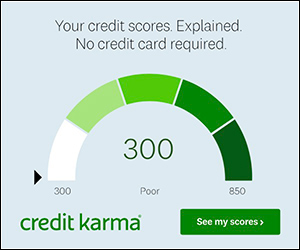